You are here: Home / Partner / He still sends His Son!

For God loved the world in this way: He gave His One and Only Son, so that everyone who believes in Him will not perish but have eternal life.  For God did not send His Son into the world that He might condemn the world, but that the world might be saved through Him.  John 3:16-17

In the rich narrative of Nicodemus’ night time encounter with Jesus we are treated to the Gospel in its distilled essence.  Easily the most well known verse in the Bible, Jesus proclaims God’s love and our access to eternal life through John 3:16.  Continuing on to the next verse, Jesus helps us understand even further His purpose in coming.  Namely that He came not to condemn but that through Him the world might be saved.  We give thanks to God for this wonderful love through which He sent His Son.

The Oslin group is a number of Believers you have been praying for as they have received training in Obedience Based Discipleship (OBD).  As you have been praying God has been at work.  This group has continued to be faithful in putting into practice what they have learned.  They are growing in how they follow God and actively sharing His love with others.  Reports have come in as to how they have shared the Gospel first in one new area where 25 new people have placed their faith in Jesus Christ and come together as a new church in that place.  In a second area about 30 people have come to salvation in Him and also formed a new church.  As these new churches have been started God is once again sending His Son to those places that the Vietnamese peoples there might be saved through Him.

Please continue to pray for the Oslin group that they will remain faithful to God in winning the lost, discipling new Believers and starting new churches.  Pray specifically:

–For two additional areas where the Oslin group has been sharing the Gospel.  They have seen one or two new Believers in each of these areas.  Pray that God will multiply that fruit and those two areas will also have a new Body of Christ emerge.

–Pray that God will give the Oslin group continued boldness in the face of persecution and opposition from authorities they have experienced.  This opposition has increased in recent months since the start of their OBD training.

–Pray for more training times to be held with this group of committed followers.  The opposition from authorities has made it difficult for several of these servants to gather together for additional training.  Pray that God will provide protection for them and the means for them to receive further training to encourage and equip them as they pass the same along to others.

–Pray that God will multiply these new churches to see many successive generations of churches planted that will spread among all the peoples of Vietnam.  Pray that multiplying churches will result in every city, every village, every district, every group of people so that the Body of Christ might be within reach of the millions of lost in Vietnam.

Waiting for customers to arrive, Cam, has time to

Think about the last time you really complained---

Throughout history, believers have cried out to Go

Taking your shoes off outside a door is a common c

As believers, when we pray, we are making our requ

Just as I am, I come. Hallelujah. When we come to

“Before you can determine if and when to move an

Tucked between the beach and a fishing village, Gi

Cam reflects on God's goodness because she was encouraged by other believers who helped point her to Scripture showing her how God is faithful---when customers are few and discouragement can set in. Pray for new groups forming throughout the city. #pray4vietnam 7 hours ago 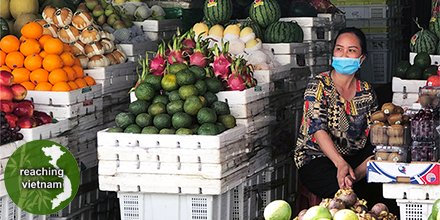 As Mai rolls up spring rolls, she remembers Jesus as her Sustain-er when her work is heavy and customers are few. Pray for Vietnamese believers who work long days, give testimony of their faith, and even spend more time outside of work to share the Gospel. #pray4vietnam 2 days ago 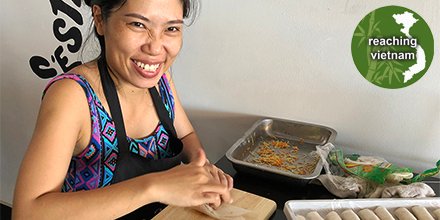 This week please pray for the Lati and Cao Lan peoples of Vietnam to be reached with God's salvation. bit.ly/3zI39KQ 3 days ago

Days away from Father’s Day, praise God for being our Good Father and Rock of Salvation. Jesus' disciples knew His power when they cried out, "Lord, save us!" Matt 8:25 Pray for Vietnamese to cry out to God and acknowledge His ability to do what no one else can do. #pray4vietnam 1 week ago

Taking your shoes off outside a door is a common cultural habit in Vietnam. If we could only keep the dirt of life on the outside and keep our hearts clean, how much better would we be? Pray for Vietnamese to know God and His power to cleanse lives. #pray4vietnam 1 week ago