You are here: Home / Partner / Home and Global

Reaching the world without leaving home – great story from IMB Connecting about the International Community Church in Richmond, VA.  The ICC is a collection of house churches reaching internationals in the U.S. and through their testimony reaching family and friends back in the home of their birth.

Minh Ha Nguyen started International Community Church (ICC) in 2009. Nguyen is a Vietnamese immigrant who came to the United States in 1993 and soon developed a passion for sharing Jesus with internationals like himself. As a manager in IMB’s global research department, he knows the statistics well: Richmond is home to roughly 70,000 foreign-born individuals speaking more than 50 languages.

Ninety percent of the internationals he meets have never heard the Gospel in their first language. And he knew the way to a person’s heart is through the language in which they speak and think.

While seeking the Lord’s guidance on how to accomplish this, Nguyen met Samuel Nuon, a retired Cambodian pastor. Nuon, too, had been praying about a new ministry, and the men discovered their mutual desire for working with internationals in Richmond.

Through their friendship, God gave them a vision that would eventually reach beyond their city to engage ethnic communities across the United States.

[Nguyen] hopes ICC won’t be limited to a list of U.S. cities. He envisions ICC as a way to take the Gospel beyond North America, reaching back to immigrants’ homes in Cambodia, Nepal and Vietnam. And he’s beginning to see that happen.

“Mr. Ho” was the first new believer of the Vietnamese ICC in Richmond. He began attending after meeting Nguyen through an English language class. At age 72, he gave his life to Christ.

Immediately Ho began praying for the salvation of loved ones back in Vietnam. He made contact with a pastor in his home country and asked, “Please help me share the Gospel with my family.”

View more about the International Community Church on their site here.

Spirit lead me where my trust is without borders, let me walk upon the waters wherever you would call me. God, Your grace abounds in deepest waters. Your Sovereign hand is my guide. [Hillsong United] Pray for Vietnamese to trust Him in the challenges of life. #pray4vietnam 3 days ago

"They that go down to the ships, that do business in great waters, these see the works of the Lord and His wonders in the deep." Psalms 107:23-24 Pray for Vietnamese believers to experience God working beside them and be lifted-up. #pray4vietnam 5 days ago

Pray this week for the Akha peoples of Vietnam! Pray also for the city of Danang. bit.ly/3aaFXHX 6 days ago

Psalms 68:19, “Day after day He bears our burdens; God is our salvation.” Pray for Vietnamese to lighten their load and find salvation and rest in God. #pray4vietnam 1 week ago 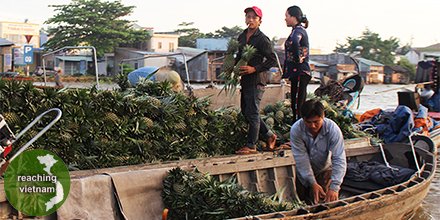 “And the peace of God, which transcends all understanding, will guard your hearts and your minds in Christ Jesus.” Philippians 4:7 Pray for Vietnamese carrying a load by the trials of life to seek God and find peace. #pray4vietnam 2 weeks ago 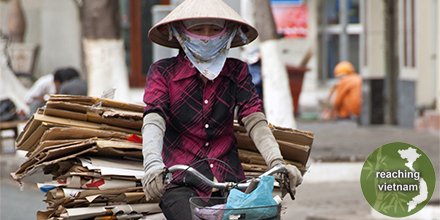