You are here: Home / Learn / Alleyways

There is a side of Ho Chi Minh City that you will never see without some intentionality.  The city population is something in the neighborhood of 10 million and in many areas it is extremely dense.  But it is off the main streets down the alleyways (known as “hems” in Vietnamese) where you really see the city.  Entire communities exist inside a labyrinth of these narrow hems.  There are shops and restaurants and neighbors that have known each other for years.  They are roads less traveled but ones which the Gospel must enter.  (Click on an image to enlarge for viewing.) 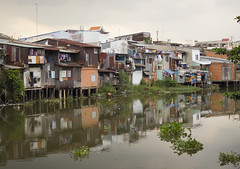 Over water
At the back, the houses along many hems extend past the banks of canals and on top of the water. 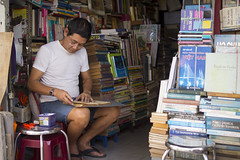 Good read
The owner of a bookshop carefully rebinds a used book. 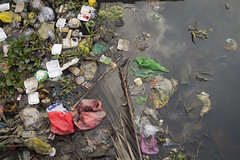 Clouded
Trash along the canals. 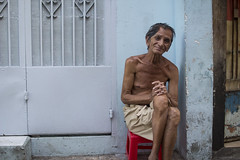 Portrait in blue
After I took a picture of his neighbor, this man was also interested in a portrait of his own. 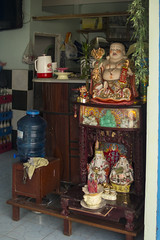 In view
A family altar sits at the front door of a home. In addition to being Buddhists, most Vietnamese also worship their ancestors. The more devout the family, the closer the altar is to the front of the room. 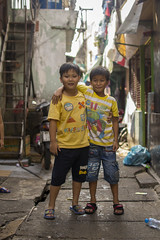 Side by side
Two friends. 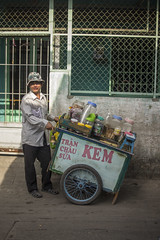 We all scream
An ice cream vendor navigates the narrow alleyways. 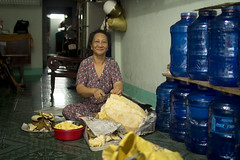 King of fruit
A woman peels durian in her home. 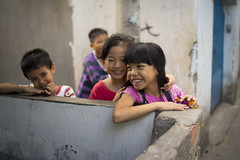 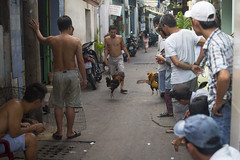 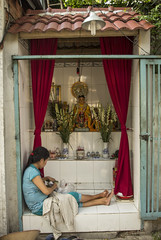 Shadow
A woman sits at an altar. 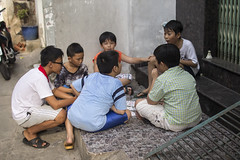 Deal
A group of young friends play a game of cards. 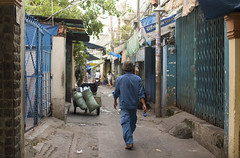 Traveled
Life in the hems. 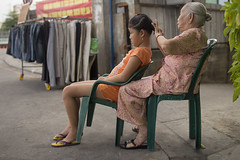 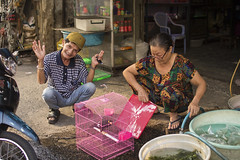 Seen
Teamwork at the family business.

“But as for you, continue in what you have learned and firmly believed. You know those who taught you, and you know that from childhood you have known the sacred Scriptures, which are able to give you wisdom for salvation through faith in Christ Jesus.” 2 Tim 3:14 #pray4vietnam 2 days ago

Pray for groups to gather wanting to know about what Jesus offers; pray for churches to be started and a new history and culture of following the Most High God to begin. “I planted, Apollos watered, but God gave the growth.” 1 Corinthians 3:6 #pray4vietnam 4 days ago

Spirit lead me where my trust is without borders, let me walk upon the waters wherever you would call me. God, Your grace abounds in deepest waters. Your Sovereign hand is my guide. [Hillsong United] Pray for Vietnamese to trust Him in the challenges of life. #pray4vietnam 1 week ago

Pray this week for the Akha peoples of Vietnam! Pray also for the city of Danang. bit.ly/3aaFXHX 2 weeks ago