You are here: Home / Learn / The Drive to Learn English in Vietnam

BBC News Magazine has an interesting article, “Is English or Mandarin the Language of the Future”.

About two-thirds through the article, however, are a few paragraphs that give perspective on the popularity of English in Vietnam:  That part quoted below.  Given the drive to learn English in VN, will you join us in prayer for more Christian English teachers to serve and share?  Is God calling you to teach Engslish in Vietnam?  Talk to us.

So the future of English is not a question of whether it will be overtaken by Mandarin, but whether it will co-exist with Chinese, says Vohra.  He believes bilingualism will triumph in South East Asia.  It is a sound economic argument, but in Vietnam’s case, there is resistance to learning Mandarin.

The country may share a border with China, but the Vietnamese government’s choice to not emphasise Mandarin is an emotional one, says leading economist Le Dang Doanh.  “All the streets in Vietnam are named according to generals and emperors that have been fighting against the Chinese invasion for 2000 years,” he says.

Tensions flared up again last May over the disputed waters of the South China Sea.  Anti-Chinese sentiment means that young Vietnamese are choosing to embrace English – the language of a defeated enemy. Many families still bear the psychological scars from the Vietnam War with the United States.  Yet there is no animosity towards English because the founding father of Vietnam, Ho Chi Minh, made a clear distinction between the so-called American imperialists who were bombarding Vietnam and the American people, says Le Dang Doanh.

Many Vietnamese who have lost family members during the war are now studying in America, he says.  “We never forget any victim in the past but in order to industrialise and normalise a country, Vietnam needs to speak English.”  The Vietnamese government has an ambitious goal to ensure all young people leaving school by 2020 will have a good grasp of the English language. 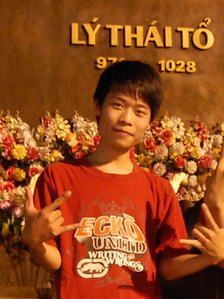 Vietnamese Ngoc Tu only listens to music in English

But it’s not hard for young Vietnamese to accept English. For some, the language offers a sense of freedom in Vietnam, where the one-party communist state retains a tight grip on all media.  In a public square in central Hanoi, a group of young men are break-dancing to the pulsing beats of western hip hop. Ngoc Tu, 20, says he only listens to English music.

“The Ministry of Culture has banned a lot of [Vietnamese] songs and any cultural publications that refer to freedom or rebellion but… English songs are not censored.” 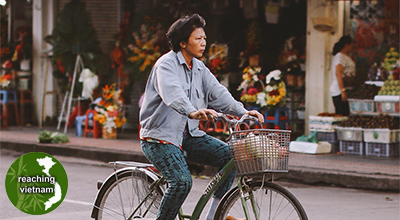 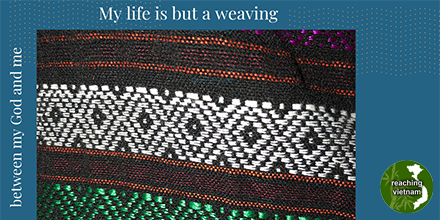