You are here: Home / Learn / Sunrise over history

Today I am in Phan Rang, looking to learn more about Cham culture. The Cham or Champa people trace their beginnings to an ancient kingdom with records that go as far back as the second century. Over time, however, conflicts with the Khmer and Vietnamese greatly diminished Cham power. Today the Cham can still be found in Phan Rang, as can the ruins of Cham temples or Cham towers.  These remain a lasting part of the Cham heritage.

After enjoying the sunrise at the Cham towers, I was ready to meet Cham people. The Cham village I was looking for is so small and remote that no one in town seems to know of it. I took a taxi, hoping that the driver will have a good knowledge of the area. After a few tries of Google translate and one of his taxi friends calling on the phone to translate (his English is no better), we passed three motorbike taxis loitering on the sidewalk, and I guessed that between the three of them, perhaps one of them would know the village. I asked the taxi driver to let me out where I was, and headed for the motorbike taxis. I showed them the name of the village. They talked amongst themselves for a few minutes, and through their hand motions, seem to be saying that they know where to go. I hopped on the back of one of the motorbikes, and we headed to the village. Surprisingly enough, the village wasn’t very far at all. Just a few kilometers outside of the city, and suddenly we were driving through rice fields. The taxi driver dropped me off at the start of the village, and after more Google translate, he agreed to be back in two hours to pick me up.  The locals at the handful of open-air shops look curiously me, wondering why a foreigner has been dropped off in their village.

I pick the busier of the two roads heading further back into the village and head in.  The road is a bumpy slab of cement or simply sand, with cacti lining the edge of each side.  Large trucks full of sand pass me on their way out of the village, with a mix of motorbikes, electric bicycles, carts pulled by cattle, and goat herds making up the rest of the traffic.  Behind the village, a large sand dune forms a backdrop.  As I near that part of the village, the cement road turns to soft sand.  The area becomes more and more rural, as the trees lessen and open to large fields.  Occasionally I pass a house, and the family has no problem when I come into their home and take their photograph.  Before I knew it, my short two hours were up. I could have spent a week in that lovely place and it was already time to leave.

(Click the images in the gallery to view larger size.)

Throughout history, believers have cried out to Go

Taking your shoes off outside a door is a common c

As believers, when we pray, we are making our requ

Just as I am, I come. Hallelujah. When we come to

“Before you can determine if and when to move an

Tucked between the beach and a fishing village, Gi

God is the One True God. God is jealous for His r

God has made me wonderfully. Markets are the meet

Days away from Father’s Day, praise God for being our Good Father and Rock of Salvation. Jesus' disciples knew His power when they cried out, "Lord, save us!" Matt 8:25 Pray for Vietnamese to cry out to God and acknowledge His ability to do what no one else can do. #pray4vietnam 4 days ago

Taking your shoes off outside a door is a common cultural habit in Vietnam. If we could only keep the dirt of life on the outside and keep our hearts clean, how much better would we be? Pray for Vietnamese to know God and His power to cleanse lives. #pray4vietnam 6 days ago

Please pray this week for the Phula peoples of Vietnam to be reached with the Gospel! bit.ly/3xnRb7n 7 days ago

Vietnamese are searching for a life of hope and calm, and God offers His grace and mercy. Pray for Vietnamese to put their faith and trust in Jesus and begin reading His Word to find a life of joy and praise to God. #pray4vietnam 2 weeks ago 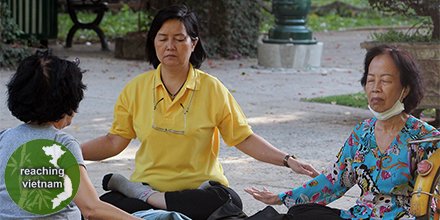 Just as I am, I come. Hallelujah. Pray for Vietnamese who are coming to learn who Jesus is online. Ask the Holy Spirit to give clear understanding to the videos and readings. Proclaim God’s victory, as He calls Vietnamese to come to Him! #pray4vietnam 2 weeks ago 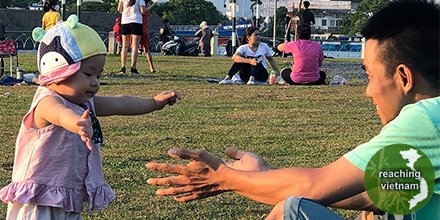