You are here: Home / Learn / Distinctive

I can’t quite put my finger on it, but there is something that makes Hanoi distinct from other cities in Vietnam. The differences between north and south Vietnam are subtle, yet undeniable. After slowly traveling from north to south, the whole of Vietnam has collectively morphed into one singular impression in my mind, but as I carefully think back on my experiences in the cities furthest south, I can begin to distinguish the characteristics that make Hanoi unique.

One of the first distinctions I notice is how difficult it is to get a good portrait of a local. The shutter of my camera is often met with an angry glare or a hand quickly deflecting my lens. Maybe it is the result of foreign occupations and wars, the flocks of tourist that throng the city, or simply the collective personality of the city, but I find that Hanoi is just a little more cautious about baring its heart and soul to a curious newcomer.

As I spend more time in Hanoi, I begin to notice other defining features: bright yellow facades and wide streets lined by trees–faint traces of European influence that point back to French colonization; Chinese temples and monuments that still stand after a millennia; Government buildings on almost every corner, and a wealth of historical landmarks. Hanoi is not a city that welcomes you with open arms, but it is a place that slowly wins your heart.

(Click the image to enlarge and scroll through in a lightbox.) 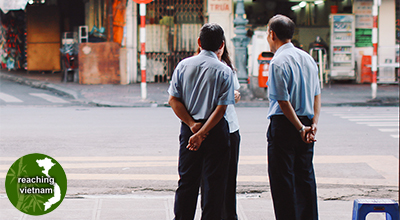 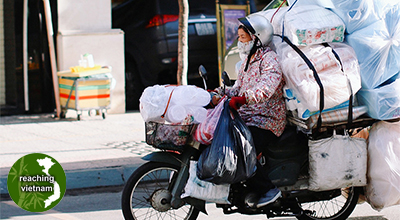